Learn more about the biology and ecology of this animal.

With a shoulder height of 44 – 50 cm, a body weight of up to 15 kg and a body length of about 105 cm, the golden jackal is one of the medium sized carnivores of the family Canidae. Its coat is yellowish-gray (also described as reddish), in the area of the back and the tail tip dark and lateral as well as on the legs gold-colored. His brown face mask is marked by a distinct white drawing around the mouth and neck.

The tracks of the golden jackal resembles that of a great red fox, but the middle bales are fused together in the lower part. This applies to both the fore and the hind extremities. 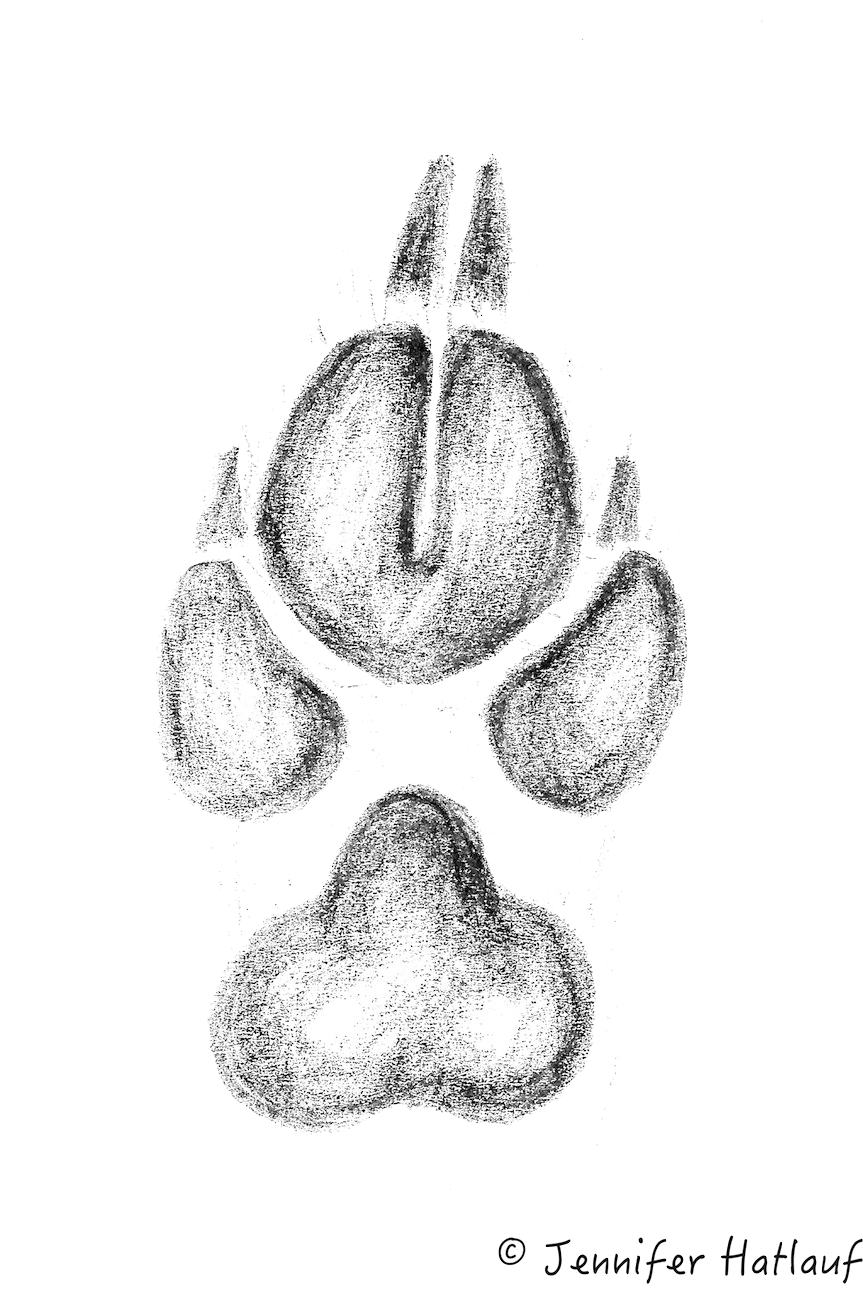 Would you like to learn more about the golden jackal? Continue reading… 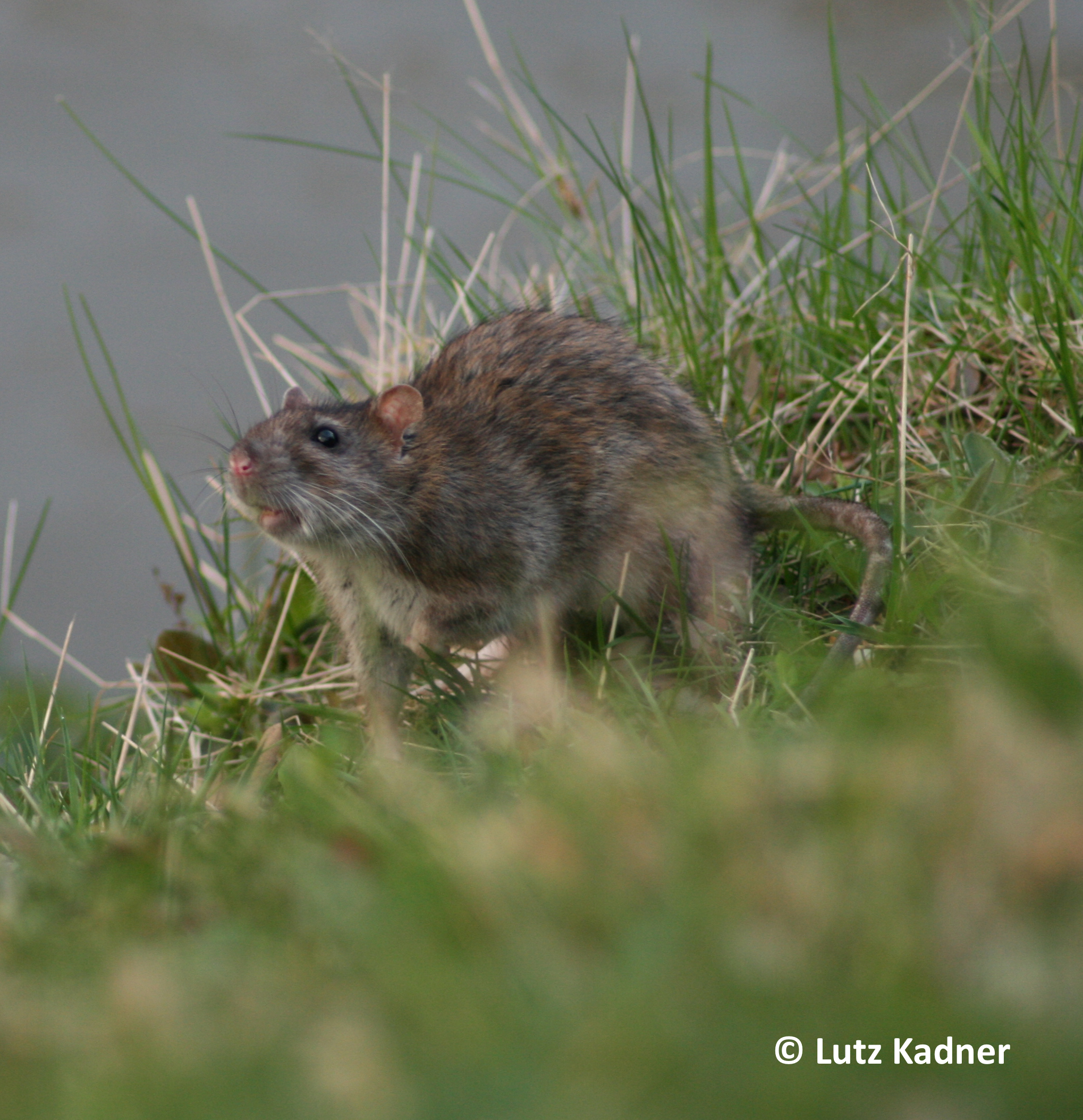 The golden jackal is a food generalist and opportunist who can adapt very well to the season, habitat and available resources.

In heavily hunted areas, the golden jackal uses leftovers or carcasses of not found ungulates as a main food resource.

The reproduction period of the golden jackal in the european area is in January and February. The litter size is usually about four to five young ones (rarely up to 12). As a rule, a so called “helper” is staying with the parents in order to help with the care of the next offspring.

The golden jackal is crepuscular and nocturnal and lives in a flexible social system, in which, the partners remain together for a lifetime, mark their territory together and hunt together. 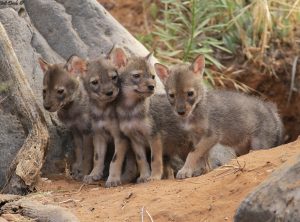 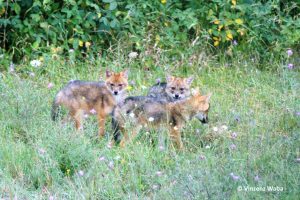 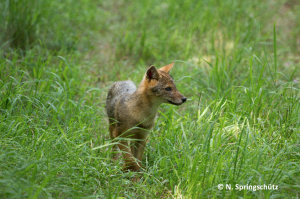 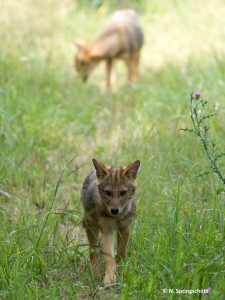 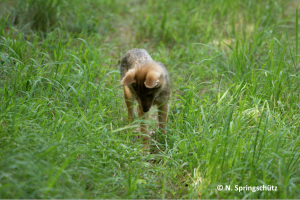 The golden jackal is flexible in its habitat selection and can adapt well to different circumstances.

Adequate coverage and hiding places during the day play an important role in the vicinity of the settlement, but in protected areas with many resting opportunities, this is rather incidental. 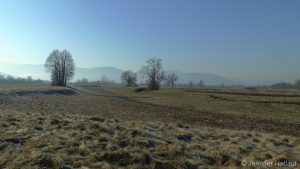 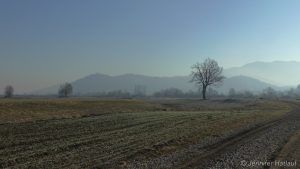 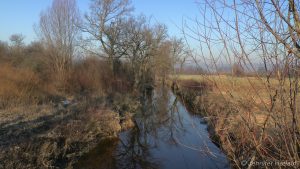 In the literature, the natural distribution area of the golden jackal is described as an extensive area from North Africa over Asia to Central, Eastern and Southern Europe. A recent genetic study by Koepfli et al. (2015) draws the conclusion that the african and eurasian golden jackals are not that closely related as supposed. 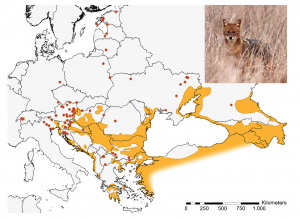 Since 1987 there have been reportings of golden jackals in Austria. in 2007 there was the first reproduction in the national park Neusiedler See – Seewinkel. A collection of previous proofs is shown on the map. 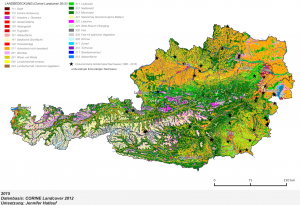 Jägertagung 2018 - A talk about the golden jackal and the project was given at the "speakers corner".

Up to date with our new newsletter!

Poster Award! A poster presenting the current distribution of the golden jackal in Austria was awarded. more information

News from the study are! A new video is online! Click here for the video